You are here: Home / Recipes / Chicken with Leeks and Apples

The fresh and savory flavors of Chicken with Leeks and Apples create an unforgettable meal. Easy enough for a weeknight dinner yet elegant enough for entertaining.

You might not immediately think of putting together the ingredients in this recipe, but trust me when I say that you won’t regret it!

The flavors and textures in Chicken with Leeks and Apples create an absolutely amazing dish. It’s saucy, savory and so good.

Even if you don’t think you’re a fan of leeks, I encourage you to give this a shot. I promise you’ll be pleasantly surprised.

How to make Chicken with Leeks and Apples

I love chicken breast for weeknight meals because they make it easy to get dinner on the table in a hurry. This recipe is no exception.

To make this dish, you begin by heating some olive oil in a large skillet and then adding chicken breasts or tenders that have been seasoned with salt and pepper.

You are just searing the chicken at this stage, so you don’t have to worry about cooking it all the way through. Instead, you’ll brown both sides for 3-5 minutes per side.

Then, remove the chicken and keep warm. The easiest way to do that is to put the chicken on a plate or baking sheet and cover with foil.

While the chicken is browning, slice the leeks (both the green and the white parts) and place into a large bowl filled with cold water. Let the leeks sit for a minute or two and then agitate with your hands or a spoon. Drain leeks into a colander and rinse thoroughly with cold water.

This step is crucial to get all of the dirt out from between all of the layers of the leeks.

After you’ve washed the leeks and finished browning the chicken, you’ll add the leeks, and some garlic, rosemary and sugar to the skillet.

Cook the leeks over medium heat until they’re tender, about 5 minutes. Then, stir in a 1/4 cup apple cider vinegar and continue cooking until most of the liquid is absorbed.

Next you’ll return the chicken to the skillet along with two sliced apples and a cup of chicken stock.

Bring the stock to a slow boil a continue cooking until the liquid is reduced by half and the chicken is fully cooked. Test the chicken with a meat thermometer to make sure that it’s reached 165 degrees.

How to serve this dish

Chicken with Leeks and Apples is delicious served over all kinds of different starch options.

We love the combination with a nutty, chewy barley, but here are some other options that work equally well:

A separate side dish isn’t really needed with this meal, but a simple spinach salad and some crusty bread will really put it over the top!

Can I use something other than chicken breasts is this recipe?

Yes; you can replace the chicken breasts with boneless, skinless chicken thighs. Or try it with turkey breast cutlets or pork cutlets. Note that you will need to adjust the cooking time accordingly.

Can I make Chicken with Leeks in an instant pot?

You can make this recipe in an instant pot if you’d like. To do that, brown the chicken and cook the leeks directly in the instant pot on saute mode.

Continue in saute mode when you add the apple cider vinegar. Then, return the chicken to the instant pot and add the apple slices and chicken stock.

Cover the lid. Switch to manual mode. Cook on high (full pressure) for 5 mins. Let the pressure release naturally for 10 minutes. Then do a quick release for any remaining pressure.

What if I can’t find leeks? Can I substitute anything?

The combination of leeks and apples is definitely what makes this a stand-out recipe. However, if you’re desperate and can’t find leeks, you can replace with one large, sliced yellow onion. The final dish will be delicious!

Can I make this recipe in advance?

You can make Chicken with Leeks and Apples up to 2 days in advance and then reheat when serving. You can also freeze this meal by preparing completely and then freezing in a plastic freezer bag once cooled. It’s an easy recipe to double or triple, so that makes it a great meal prepping option. 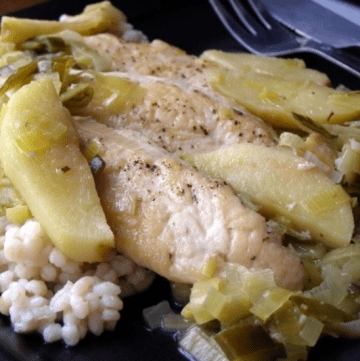 Chicken with Leeks and Apples

Keyword Chicken with Leeks and Apples 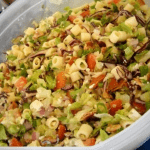 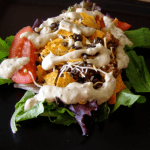 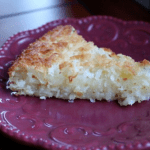 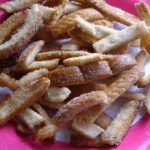